Gorgona: eco-tourism and a natural paradise in the Colombian Pacific

Gorgona is a small 25 km² island that is home to a natural paradise and a mecca for eco-tourism and fauna and flora research due to its coral reef and tropical rainforest ecosystems. For this reason, it is known as the “Science Island”. Gorgona is surrounded by Gorgonilla Island and three islets, among which El Viudo and Rocas del Horno stand out.

Due to its coral reef and tropical rainforest ecosystems, Gorgona is a mecca for eco-tourism and fauna and flora research.

The Gorgona Archipelago belongs to the department of Cauca, more precisely to the municipality of Guapi, a town that has the best artisan schools and workshops of chonta marimbas. Average temperature is 27˚C. Unesco declared the island a World Heritage Site in 1984. The following year, the Colombian government acknowledged it as aNatural Park.

Prior to this, from 1959 to 1982, it was a maximum security prison for the country’s most dangerous criminals. The island was discovered in 1524 by Diego de Almagro, who, due to the large number of reptiles and inspired by the Gorgons from Greek mythology - woman-demons with the hair of snakes – gave the island its name.

An island where Nature overflows

The natural wealth of the island is made up of 147 bird species, over 100 insect species, more than 500 species of marine fauna, and hundreds of species of marine and terrestrial flora. The surrounding sea offers tourists a great opportunity to observe dolphins, porpoises, cachalots, sharks, sea wolves, and even the yubarta whales that visit the Colombian Pacific from October to November to give birth to their young.

Among terrestrial animals, there are the following: sloths, blue lizards, fresh water turtles, snakes, babilla alligators, and the endemic fresh water crabs. Additionally, divers will enjoy a spectacle of colors in the most developed and diverse coral bank in the Eastern Tropical Pacific Ocean, which is also the largest in the country’s Pacific region.

Gorgona’s rugged topography includes several hills, the tallest of which is La Trinidad, at 388 meters. The eastern side of Gorgona is full of perfect white-sanded beaches, perfect for admiring beautiful sunrises, while the western side is characterized by cliffs that are lashed by the sea.

Tourists may start by hiking on the island’s three trails: La Chonta, which leads to the hydroelectric plant and the interactive center; Pan; and lastly, Playa Palmeras, the longest of the trip and involving a two hour walk. Guides are essential when hiking on the trails. Due to the presence of poisonous snakes, hikes should not be done after 5 p.m.

Guides are essential when hiking on the paths. Due to the presence of poisonous snakes, hikes should not be done after 5 p.m.

After taking a hike, a good idea is to sail around the island and try to see dolphins jumping over the waves. And if visitors are after marine species and colorful coral, diving or snorkeling may be the next activity on the schedule. The best places for this are the Yundigua aquarium, El Planchón or La Parguera, to name a few.

Fresh water springs may be enjoyed at the center of the island. Just in La Camaronera, there are 10 of the 25 rivers that flow through the island. During the rainy season, the number of rivers increases to 75. And why not enjoy a walk along the beaches? Playa Blanca, Playa Bizarro, or Playa Palmeras?

In the course of the journey, it is possible to visit the Payán Museum, the museum of the old prison, the Interactive and Environmental Interception Center, the old wharf, the eco-store, and the Archaeology Hall, among others.

In addition to natural riches, Gorgona has pre-Hispanic archaeological remains.

Very well hidden under the exuberant natural marvels of Gorgona are prehistoric remains of pre-Columbian ancestors, possibly associated to the Tumaco-Tolita culture, which dates back to 1300 B C. However, the Cuna Indians from the Gulf of Urabá claim that their ancestors were Gorgona’s first inhabitants. Other indigenous people from pre-Conquest times who could have been the first settlers were the Sindagua, from the departments of Cauca and Nariño.

Among the remains are petroglyphs, stone tools and sculptures, and a large ceremonial rock by the name of “El Templete”. Many of these attractions are found in the island’s Archaeological Museum.

This natural marvel of vivid colors and the sounds of birds and monkeys depends in great measure on the care given by tourists to the natural reserve. The first thing tourists will notice, especially during high season, is that they must make reservations one or two months in advance, since lodging is limited precisely for the purpose of preserving nature.

It is ideal for tourists to follow strictly the rules of the Natural Park to avoid accidents and to preserve the flora and fauna.

They are requested to take to the island a bag for their non-degradable trash and to take it away from the island at the end of their journey. No non-degradable garbage must be left on the island. All organic residues should be placed in special containers found in the park.

It is important to remember that, just as in any other natural reserve, the following items should not be taken: electrical appliances such as stoves and hair dryers, alcoholic beverages, sprays and other contaminants, arms, and articles for hunting or capturing animals.

For their own safety, tourists should heed the following recommendations:

Gorgona can only be reached by sea, from Guapi or Buenaventura.

Regarding lodging, Aviatur operates the tourist concession of Gorgona Natural Park and provides an infrastructure for over 80 people in 18 rooms and six houses with an ocean view. The only inhabitants of the island are park staff, coming mostly from the department of Cauca, and volunteers and researchers from other parts of the country. 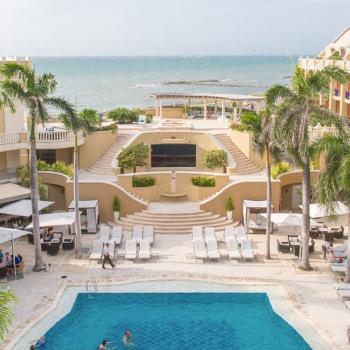 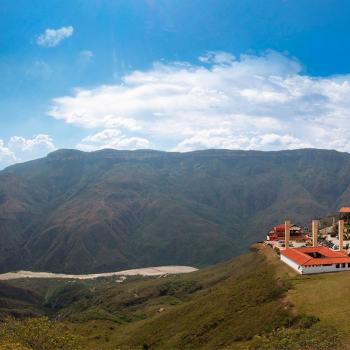 Travel to Colombia and escape from winter in these destinations 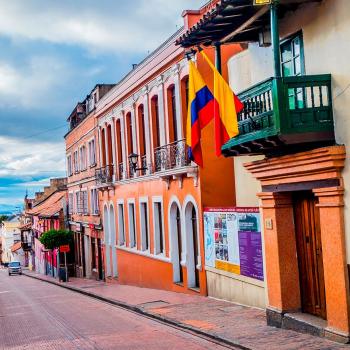