When you land at Nuquí,you will immediately see that the community there lives in constant contact with Nature. This destination in the Colombian Pacific is a sort of enclave surrounded by jungle, with the cries of the animals, the roar of the waves and the rustle of leaves in the wind are all part of life.

This is a land of tranquility, a tribute to the name of the ocean on which it stands – though the ocean itself becomes excited into waves when it strikes the beaches. Far from the rest of the world, it forces you to disconnect and adjust your senses to feel the vibrations of Nature.

Several groups from black communities first moved to the Colombian Pacific Department of El Chocó because of the rubber industry. Today, they are fishermen or work in tourism, one of the pillars of the region’s economy.

When they first arrived, they found that several indigenous tribes in the Embera group had already settled there, in small jungle communities far from each other. The black migrants formed larger groups, and came to consolidate the largest towns in the region. Today, there are other groups too, for example from Cali or Medellín.

Nuquí is one of the most interesting places on the Pacific coast precisely because of this ethnic mix. The streets are dusty, the houses are mostly built of wood with a zinc roof, but the indigenous people bring life to them with their wérregue and tagua craft-work and their clever designs with gourds.

Seas for diving, waves for surfing

The strong winds that blow in from the Pacific are excellent for surfing. Nuquí has the good fortune that this might ocean thunders onto its beaches, now a major attraction for surfers from all over the world.

For example, Terquito, where the waves are perfect for learners, constant and strong enough to be able to ride upon them with no great effort. An experienced surfer will probably prefer Cabo Corrientes, Pico de Loro, Pela Pela, Juan Tornillo or El Derrumbe – they offer a real challenge.

Beneath the surface the waters take on all imaginable colors with the shoals of fish, dolphins, turtles and (from July to October) humpback whales. If you want to dive deeper, it would be advisable to go with a qualified diver or certify yourself (PADI), because there are strong currents in the area.

This wealth of marine fauna makes the whale spotting and (controlled) game fishing the two most popular activities among visitors. On a good day out, you could well match a dorado, a sailfish, a blue marlin, tuna of many kinds, sawfish, snapper and bravo. 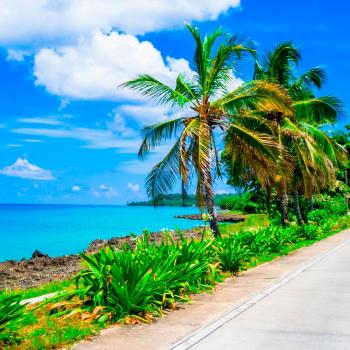