Santa Marta
30 °C
This block is broken or missing. You may be missing content or you might need to enable the original module.

The Sierra Nevada de Santa Marta is located in the northern part of Colombia, in the departments of Magdalena, La Guajira, and Cesar. The Teyuna Archaeological Park, also called “Ciudad Perdida” (lost city), and the cradle of the country’s most monumental Indian civilization is located entirely on the Sierra.

This majestic mountain range is the tallest seaside mountain system in the world and possesses Colombia’s two largest mountains. At present, around 30,000 members of the Kogi, Arhuaco, Kankuamo, and Wiwa Indian communities, known as “older brothers”, live in the park. UNESCO declared the Sierra Nevada de Santa Marta park a Biosphere Reserve and a World Heritage Site in 1979.

Recovery, research and conservation efforts are carried out in the park permanently. Hikes through various places through historic and cultural paths are the main tourist activity at the Sierra Nevada de Santa Marta 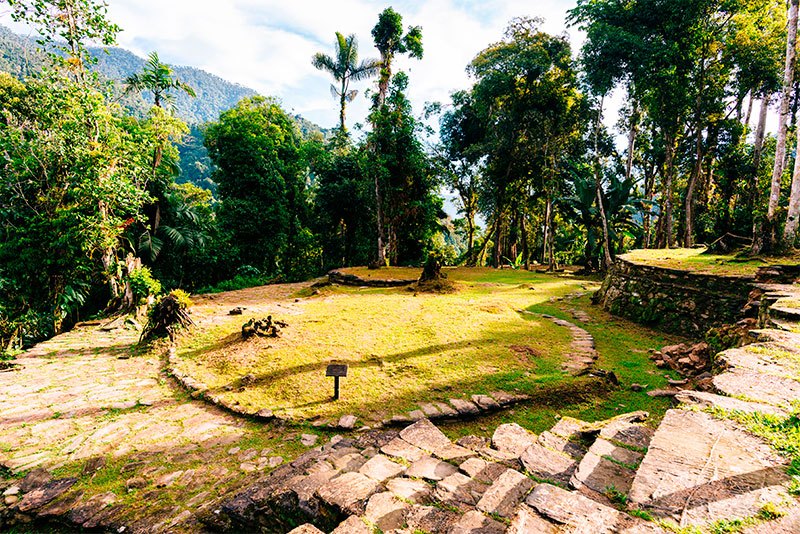 The city of Santa Marta may be reached by air, land, and sea. From Santa Marta, it is necessary to travel 42 kilometers on a dirt road, first to the township of Minca, then to Cerro Kennedy, and on to the San Lorenzo Experimental Station, approximately a one and a half hour ride.

At present the Sierra Nevada de Santa Marta is inhabited by the Kogi and Ijka Indians. The latter are also known as Arhuacos. Both conserve their myths and traditions. Two traditions from the past deserve to be highlighted: the job of the mamos and the coca ritual. The mamos, or mamas, are the priests and wise men of the community, who inherited the wisdom of their elders and exert religious power.

Jaguars, tapirs, páramo deer, condors, curassows and the Sierra parrot are found among the fauna.

The biota of the massif (warm, cold, páramo and sub-páramo thermal floors) has a notable affinity with that of the Andes, especially the Eastern Mountain Range of Colombia.The flora of the park is quite varied: mastres, caracolíes, ceibas de leche, and wax palms stand out as gigantic trees.

Several interesting sites for nationals and foreigners are visited in the course of the year: